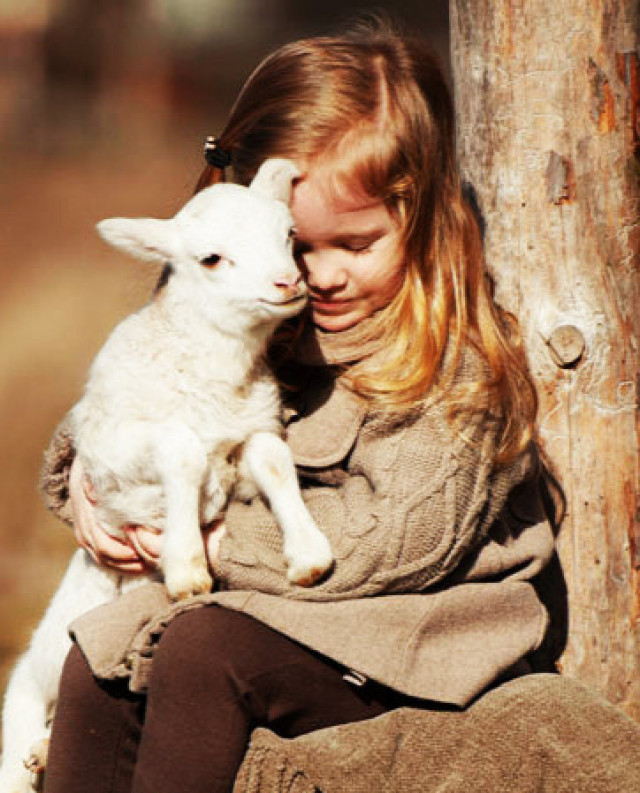 Beloved Ones in Christ,

I would like to quote Paul in Philippians 1:3, and say, “I thank my God upon every remembrance of you.”  I have found my heart “longing greatly” after you all in the tender mercies of Jesus.  To put it simply, I miss you and our fellowship in Jesus.  I miss that face to face and heart to heart Jesus that is found in the fellowship of His Body.  Having said that, I have felt your love, received your care, and been greatly uplifted by your hearts full of Jesus through many trials this year.  I want to thank so many of you for your love and care and prayers in regards to “my house / Fire Ministries Headquarters” that was severely damaged by a flooding situation that occurred at the end of April.  It looks like the repairs will begin soon, and prayers are appreciated!  I am so thankful to God for how He has used this flood and continues to use it for His glory.

Though much more could be said, and my heart is full, I will simply say that I thank God for you, and even though many miles separate us, we are in Him together and forever.  I pray this little newsletter may bring His joy and communion to your heart.  It is sent forth in His love and mine.

Your servant and friend in Jesus,
Kelly

*Part Three in a series*

A little girl and her lamb

There was a little girl whose Dad was a farmer who also had some sheep.  One of his little lambs became very ill and was struggling to survive.  Each day the farmer’s little girl would spend hours with that little lamb, and lay there with it in its weakness and limitation.  She would look into the little lamb’s eyes, the eyes of a living breathing being, and then into that lamb’s inward parts that were bearing so much.  That little weak lamb became a huge part of the little girl’s daily thoughts, focus, and awareness.  Her heart and mind became knit with that little lamb.

When this little girl went to church with her parents one Sunday, and the sermon was about Jesus being the Lamb of God… the little girl’s heart stood to attention.  Every word became alive and on fire to her heart, for she was not hearing it as a teaching but as a living Being.  Just like her sick lamb at home was real to her… so was this Lamb the minister was speaking about.  At the end of the sermon, the preacher told everyone that Jesus, the Lamb of God, was in their hearts and He was real and alive.  The little girl could not believe her ears.  Her heart leapt wildly at the thought of such a God being inside of all of them.

The preacher continued on to say that Jesus was a slain Lamb, and in His weakness, He died out of love even for His enemies.  When the girl heard that, something unexplainable was birthed in her heart.  A lamb in weakness with such love…   All of sudden her world was no longer one of books and teaching, but of His Being and heart.  As she grew into adulthood and continued with the Lord, her heart became molded around the Lamb within her, in His weakness and His love.  Rather than trying to do things on her own, she would “lay with the Lamb” in His weakness and love, and draw from Him the Life she needed as she walked through the challenges of life.

From the Priest’s Reality…

The Person of Jesus in His Lamb nature is meant to speak to my heart and reach parts of me where teaching cannot go.  I see this with the Old Testament priests who daily offered up the lambs upon the altars.  They experienced more than teaching as they witnessed the life blood pour out of the sacrifices.  Their involvement with the sacrifice was so personal and hands on.  The priests divided up the inward parts of the offerings and dealt with the carcass afterwards.  They ate certain parts of the offerings as their portion and had much deeper intimacy with the sacrifices than one who is simply taught about them.

These priests’ involvement with the offering involved much more than the instruction and teaching concerning it.  It was a flow of life and death.  From within the sanctuary and its altars, the issue was not the current building plan, or how things were being ordered in the camp.  The one thing that filled the inner chambers of the sanctuary was the savor and reality of fresh and constant sacrifice.  It was the smoke in the air, the activity upon the altars and the one thing that reached the heart of the Father.

The Lamb’s new home … our hearts

Now, in the New Covenant, we are the sanctuary and our very hearts house the lamb Himself.  He is in every born-again believer and more real than that little lamb laying in the barn beside the little girl in our recent story.  He isn’t a teaching, an ideal, or a concept of sacrifice.  He is the Lamb of God…broken, weak, and given.  He doesn’t push His way, rather He gives His life.  He doesn’t fight for His rights, He dies for His enemies.  He is not obsessed with the cost and loss of doing His Father’s will, He bows down His soul in love.  He does not use secret manipulation to guide things in God’s direction, He trusts it all to His Father and believes that life comes out from death and not deception.  His mind doesn’t obsess in fear of the storm around him, but lays down in peace trusting His Father.

I am none of these things.  I am the dark place wherein His Lamb-light can shine.  I am the emptiness void of true love that the Spirit breaths His being into.  I am the sinner and He is the Son.

A New Source of Life

How does all that we are speaking of affect me in my present storms and current crisis?  I have a new focus.  No longer I.  No hope in me.  No confidence in my corrupt flesh.  There is a Lamb inside of me.  He is God’s Son.  He is a Person and He is real.  Now I ask the Holy Spirit to guide my heart to the Lamb that is in me.  To stir up His Life within me and draw from His Nature to fill me with Another Mind, Heart, and Way.  The moment I proceed from my self-life in the trials that test me… I immediately feel the hurt and sorrow to God and others.  My conscience bears witness with the Holy Spirit that I forgot the Lamb as I raced past Him with my reactions and needs, speaking my words and pushing my agenda.

And each time I do so, I forge a new path for my flesh to freely go forth and usurp the Son who is a Lamb and will never press His way.  It becomes easier and easier to forget the Life within me and seek my own life instead.  But that is when the Spirit comes to me and pleads with my heart to remember the PERSON who He is in me, God’s own Son.  To remember Him, to look to Him, to release Him in sacrifice.

The question then comes, are my days filled with all kinds of needs and issues which are easily dealt with by my own resources, unchallenged by the little Lamb within me who is undetected by my strong and opinionated soul?  Or do I break, deep within, from my strong paths and return to this little slain One, my first love?

In The Midst Is A Lamb

In Revelation chapter 5:6 we find the first time the word “Lamb” is used in the book of Revelation.  The context is powerful.  Most of heaven has been crying, for none is found worthy to open the book.  There was no one who could open the seals and overcome.  Even in heaven, the challenges were too great for even the “most spiritual.”  Desperate cries, “much weeping” … and yet an elder steps forward in verse 5 and says, “Weep not.”  He then directs the eyes and hearts of all to the One who is IN THE MIDST of the throne, the elders, and the living creatures.  A slain Lamb.  Right there in their midst was the answer.  A little slain Lamb.  And so it is for me today as I cry over the un-answerable challenges and trials in my life.  Right there in my midst, even INSIDE OF ME, is the little slain Lamb who is my answer.  He alone can endure the trial in His Spirit and nature of love and sacrifice.  And He is in me, even as my life (Galatians 2:20).

My daily prayer continues to be that the things I have just mentioned become written into my heart, even set as a seal that can never be forgotten.  The Lamb HAS TO become more than an inspirational teaching and personal belief.  He must be known as the PERSON IN ME who is my only Life.  I have no words to type beyond this, for the need is too great and only the Spirit of God can utter such prayers.  I do know that each day brings with it new opportunities to “BEHOLD the Lamb within” and through Him, overcome through laying down my life by His nature.

This is a short video about the Apostle Paul's conversion. After conversion, this same man who once handed his own brethren over to death would have himself accursed from God for their salvation (Romans 9:13). One must ask this question... WHAT happened in Saul to make him so utterly changed? That is what this video is all about! 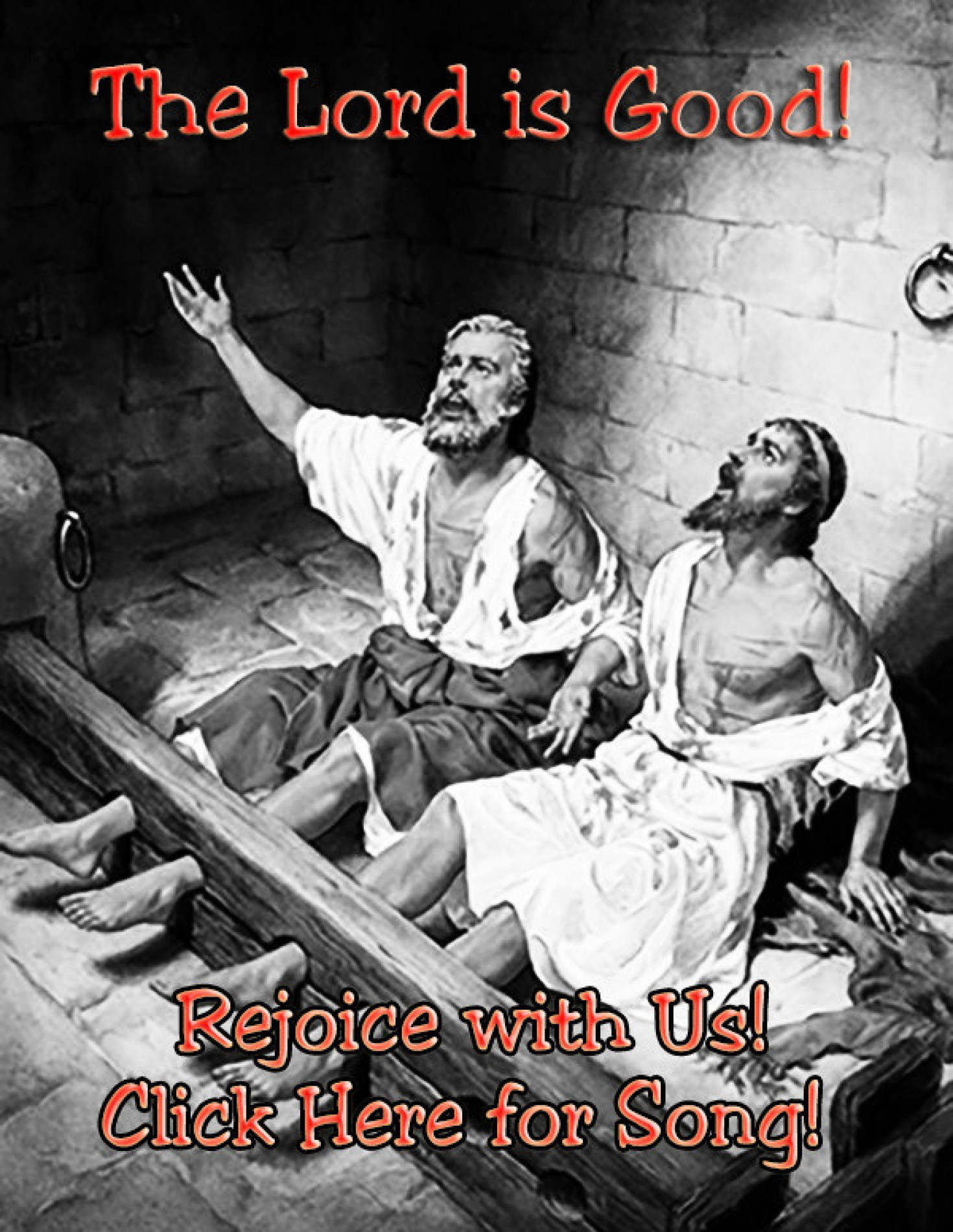 "The Lord Is Good" Song