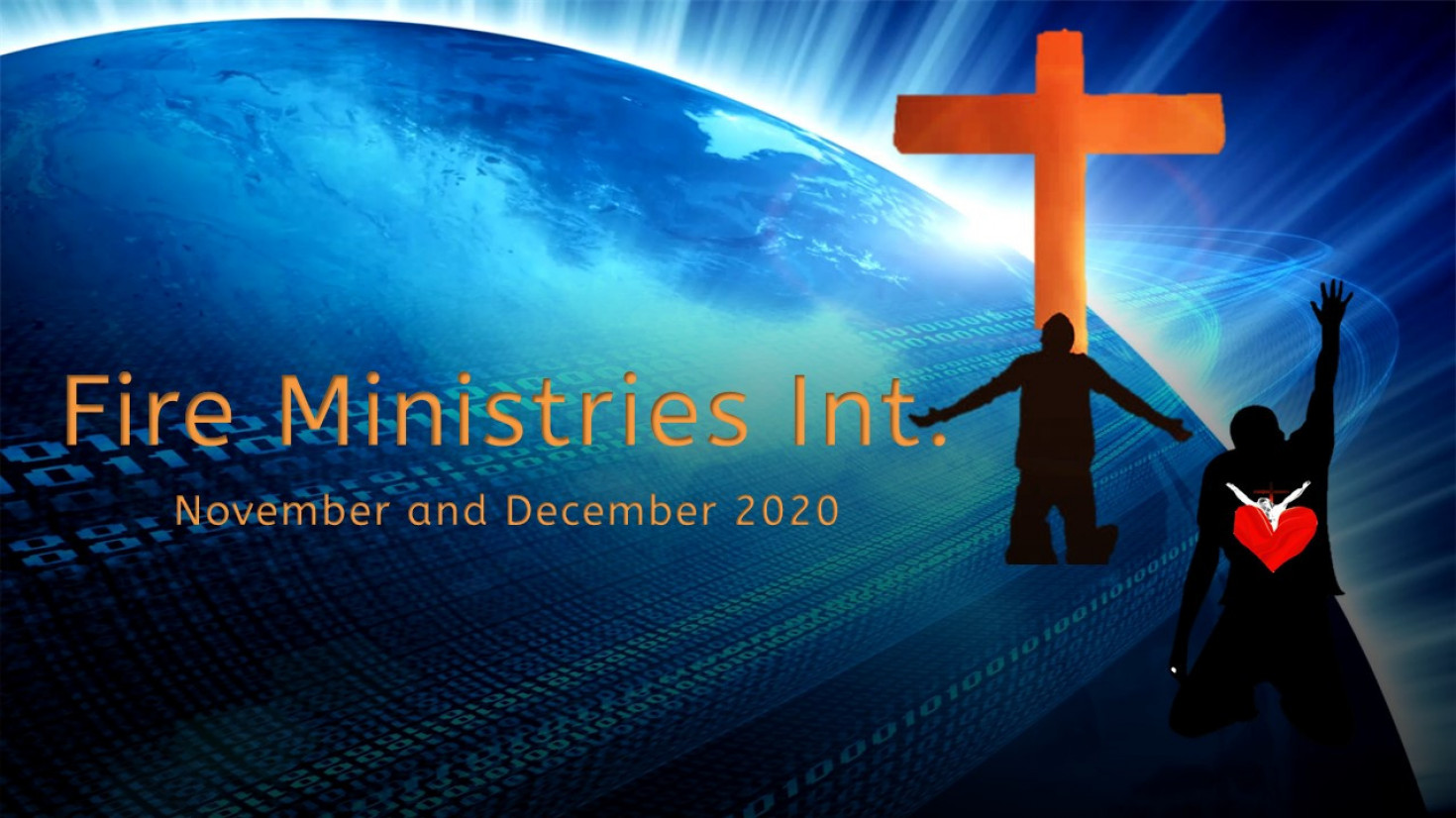 The past month has been a very full and blessed time of serving and pouring over Jesus.  Alongside many precious saints, I was a part of Life in the Spirit’s annual Gathering which took place over Thanksgiving weekend.  I want to thank Randy and Debbie Nusbaum for allowing me to be a part of this precious time, and also all those that I was blessed to serve with.  I want to apologize for not sending out a November newsletter, but time did not permit.  Hopefully, this month’s newsletter will make up for both months!

With love in our hearts for you, we have some  Christmas “gifts” attached to this email!
-  Our main article: A Math Problem from God (Part 1)!
- A song entitled "Nehemiah's Prayer"
-  A Christmas present for the kids and Mom and Dad! We have a few short (and sometimes funny) video clips from the "Patmos Players" featuring segments that will be in our new adventure episodes coming in 2021!
- A video from our current "Lamb Labs" class
~~~~~~~~~~~~~~~~~~~~
The next portion of this note is concerning Kelly’s financial support, and someone else helped in writing it – but the heart of love, appreciation, and care for you is from her.  It was just a blessing to help give written expression to her current need.

At the end of this year, Kelly will be losing over half of her overall financial support.  One family (who would like to remain anonymous) has given financially towards the majority of Kelly’s health care and almost half of the Ministries’ functioning needs each month for the past several years.  Starting next year, they will be unable to continue giving.  They are still a precious part of the ministry; it is just that they are no longer able to send support on that level.
We ask for you to keep  Kelly and the needs of the ministry in your prayers in regards to these new financial needs.  We thank all of you for your prayers, and so many of you for the financial support you already give and has been such a blessing in the Lord in more ways than you could know.

For the next couple of months, we will be doing MATH in the Word of God!  Even if math was your least favorite subject in school, once we see God in math, it is awe-inspiring and is able to speak God’s heart and mind to us.  The math problem we will be referring to in these articles can be found in Daniel 8:14, but we will not be able to properly do this math until we have all the components of the equation ordered.  It will require patience, as several factors must be set in place for the final sum of this math problem to impact us in the way I believe God intends it to.  Rushing to solve the math without pondering and soaking in the elements could result in a diminished impact at the end.  It is for this reason that I am going to set forth this “Math Problem” step by step for the next couple of months in our newsletters.  I pray the Holy Spirit can use this “math” approach to reach our hearts in new ways deeper than ever before.

To begin with, let us look at the main verses defining our study:

3 Then I lifted up mine eyes, and saw, and, behold, there stood before the river a ram which had two horns: and the two horns were high, but one was higher than the other, and the higher came up last.

4 I saw the ram pushing westward, and northward, and southward; so that no beasts might stand before him, neither was there any that could deliver out of his hand, but he did according to his will, and became great.

5 And as I was considering, behold, an he goat came from the west on the face of the whole earth, and touched not the ground: and the goat had a notable horn between his eyes.

6 And he came to the ram that had two horns, which I had seen standing before the river, and ran unto him in the fury of his power.

7 And I saw him come close unto the ram, and he was moved with choler against him, and smote the ram, and brake his two horns: and there was no power in the ram to stand before him, but he cast him down to the ground, and stamped upon him: and there was none that could deliver the ram out of his hand.

8 Therefore the he goat waxed very great: and when he was strong, the great horn was broken; and for it came up four notable ones toward the four winds of heaven.

10 And it waxed great, even to the host of heaven; and it cast down some of the host and of the stars to the ground, and stamped upon them.

11 Yea, he magnified himself even to the prince of the host, and by him the daily sacrifice was taken away, and the place of the sanctuary was cast down.

12 And an host was given him against the daily sacrifice by reason of transgression, and it cast down the truth to the ground; and it practiced, and prospered.

13 Then I heard one saint speaking, and another saint said unto that certain saint which spake, How long shall be the vision concerning the daily sacrifice, and the transgression of desolation, to give both the sanctuary and the host to be trodden under foot?

14 And he said unto me, Unto two thousand and three hundred days; then shall the sanctuary be cleansed.

Symbols of Sacrifice Turned into Symbols of Pro-Self

Leviticus 16:5 – “And he shall take of the congregation of the children of Israel two kids of the goats for a sin offering, and one ram for a burnt offering.”

The Day of Atonement was a day of cleansing for God’s Sanctuary and His people.  This cleansing came from the outpoured blood of sacrifices, including the ram and the goat.  At this annual feast of Atonement, the purging of the past year and opening of the next came (symbolically) from an animal that yielded to the altar.  But in Daniel’s vision, that which was meant to lay down its life in a sweet spirit of sacrifice is pushing its way forward to the destruction of others.  That which was meant to function in a weakness even unto death is instead ever-growing stronger and greater at the cost of others.  That which was meant to be lowly and submissive in a spirit of sacrifice is exalting itself even above the hosts of heaven and the throne of God.

The Time Period of the Vision

In Jeremiah 29:11, God had Jeremiah write a letter to those in exile telling them that He had a desired end for them to reach during their 70 year time period in captivity, an end filled with peace and not evil.  Yet here, in Daniel’s vision, there is no peace but the violence and destruction of selfishness governing to excess.  If this vision represents the spiritual state of those in captivity, it could be seen as a warning that they are missing God’s purpose and warring against His intended end.  Rather than being conformed to the image of His Son and transformed by His Lamb nature within, they are conforming to the spirit of the world and coming forth as beasts to devour instead of sheep to the slaughter (Romans 12:1-2).

A Time When Words Were Not Enough

These first two elements of our math problem are important. They are meant to start building the premise upon which the rest of the math will add up properly.  One final aspect we may want to consider is this: why is God using vision and math?  In Daniel chapters seven and eight, God came to Daniel and impressed upon him things that were important to His heart in the form of visions.  God did the same thing to the Apostle John on the Isle of Patmos.  For both Daniel and John, it was a time when “words” were not enough.  People were not hearing what the Spirit was saying… Spirit and Life were turning into doctrine and teaching.  God’s heart and image were being lost in the midst of earth crises, personal injustices, and self-absorbed people.  I believe that God used the radicalness of strong imagery and the certainty of a math equation to try and get the attention of His people.  May the Lord grant us hearing ears and understanding hearts.  May we seek Him with every fiber of our being until we see His nature coming forth from us to others.

A new song - "Nehemiah's Prayer"
click the image below to listen and download
"God forgive the heartless way we left you, all...burnt down...
…your wounds were open to see, but we didn't take them seriously...
Thinking you'd...be fine.
So here we come..." 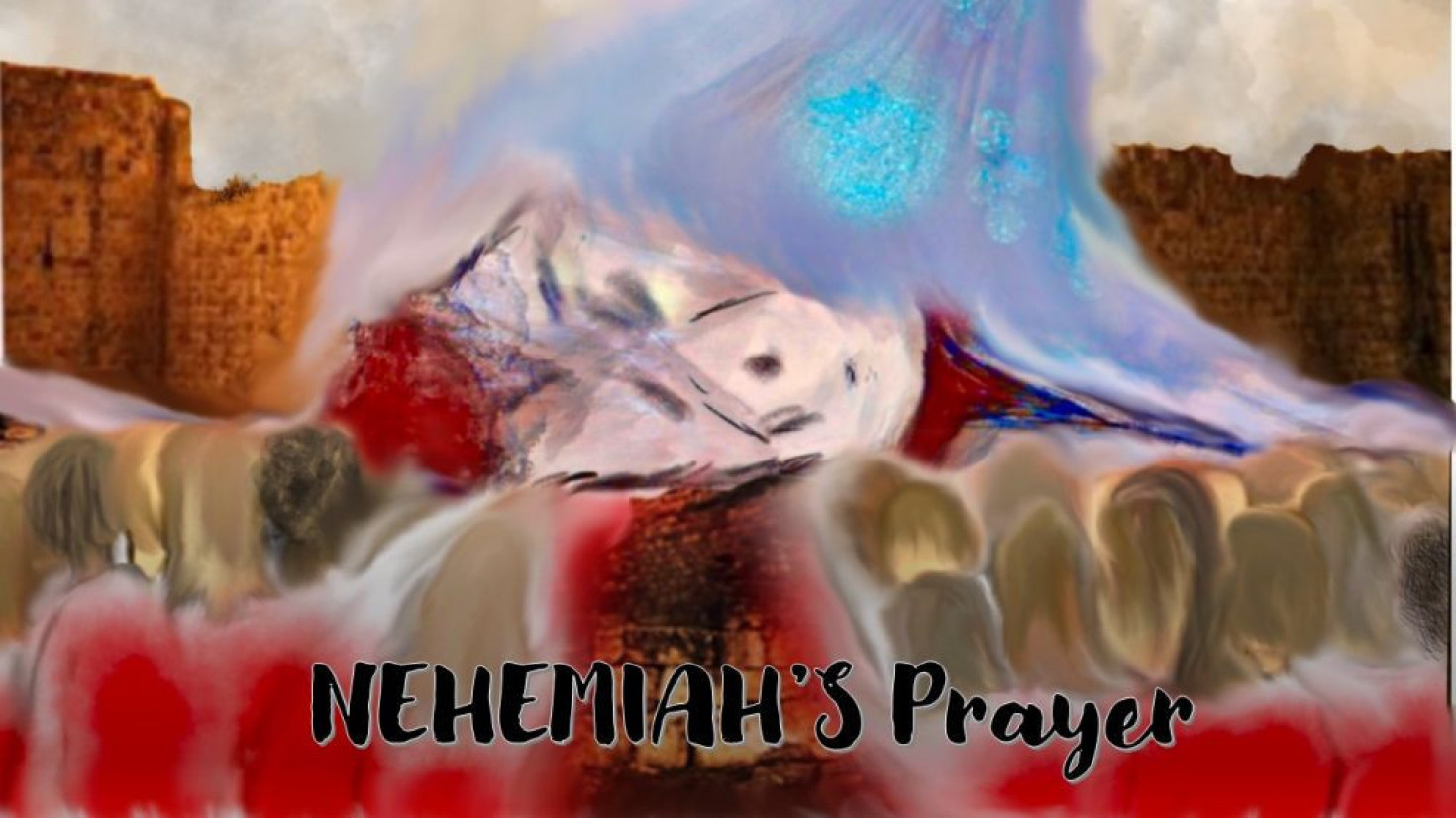 A special preview!
Coming at the beginning of next year are four new episodes from Patmos!  Below is a compilation of clips from all four!  We hope watching it is a fun, Jesus-filled time for your family. 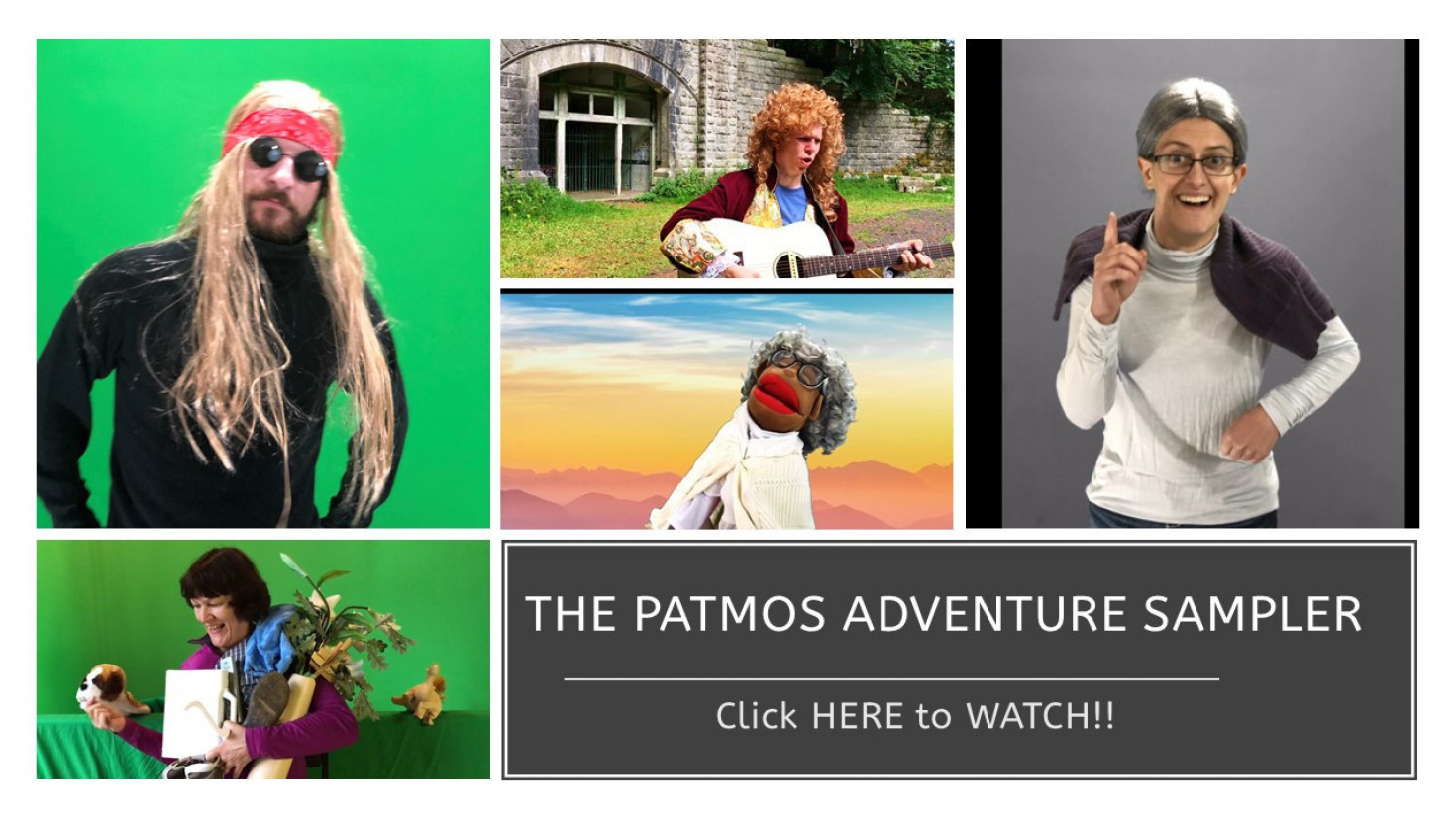 This particular class is the worst quality video and audio we have ever uploaded to Fire Ministries’ YouTube channel, and yet it is the single most-watched video!   It is part of this past semester’s course in the Bible school called “Lamb Labs” and the class is entitled “No Fake Lambs!”