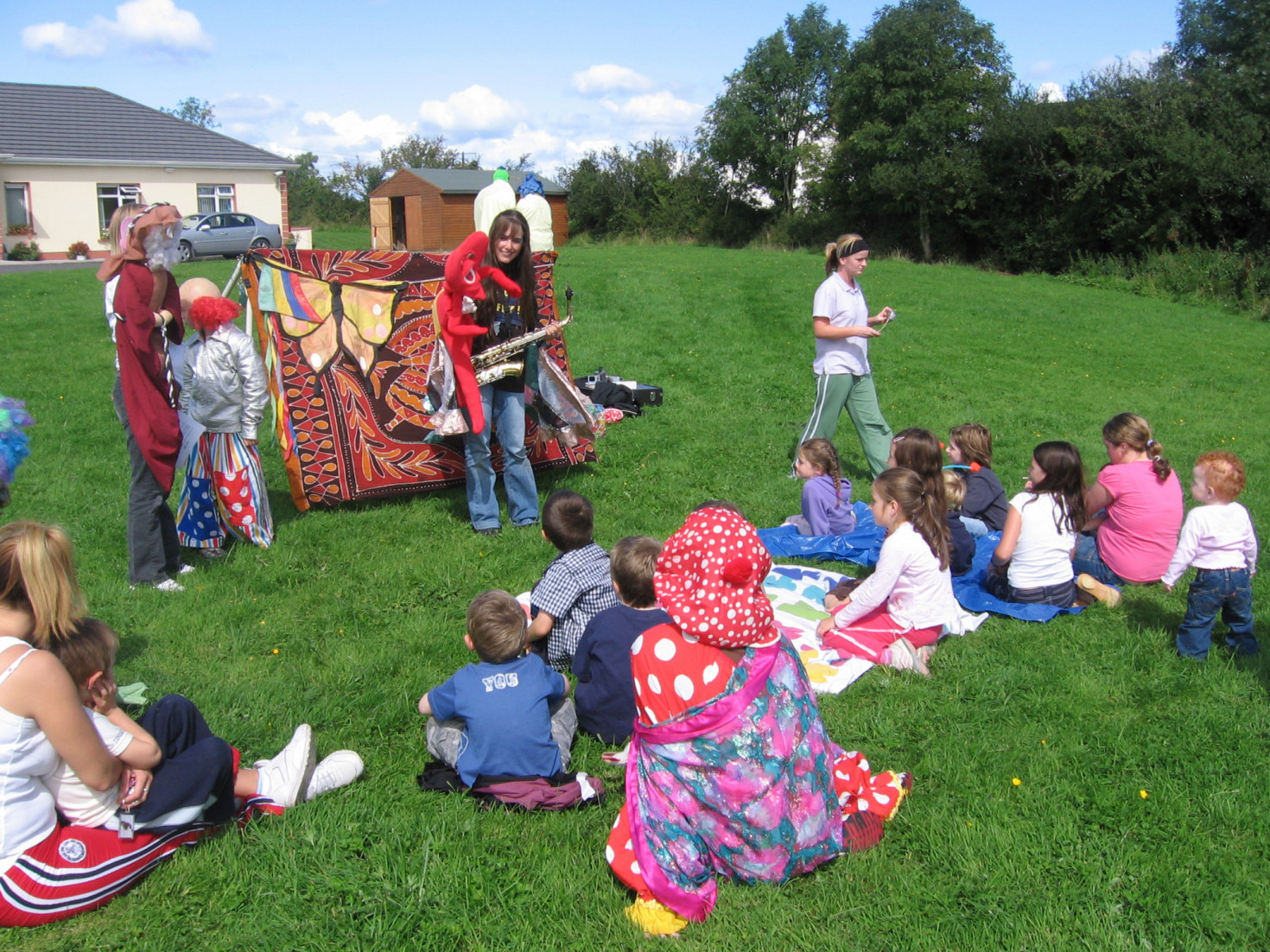 This picture was taken around 15 years ago when we did a spontaneous Bible club in central Ireland.  The original arrangements for our outreach had not worked as planned, so we decided to trust God, go out into the neighborhood and share His Life, asking God to gather the hearts of the kids!  The kids came, the Lord moved… and by the second day most of the kids had received Jesus into their hearts and were filled with the Holy Spirit!  Glory to God!  May the Spirit continue to move freely and fully to lift up Jesus and fill us with His life despite things not always being able to  go as planned!  He is not limited!  Hallehlujah!
Personal Message from Kelly
Dear and Precious Friends in Jesus,

I miss you all, your faces… your hugs… and the precious and living fellowship we share together in the Jesus we love.  Before the pandemic, the schedule had us leaving for Ireland soon for our annual “Seek, Pray and Get-Away Retreat” along with our “Young Adults’ Retreat.”  We will dearly miss these retreats into His heart this year!  How amazing the Lord has been over the years as He has poured out His heart and shared so intimately with us during our times with Him in Ireland.  It is something so deeply precious that I never want to take Him for granted, but rather cherish His heart that He has and continues to share.  In the absence of those trips, I find myself treasuring Him in these ways even more with increasing gratefulness for all He poured into us over the years.  What a journey it has been and continues to be.   May we be in prayer for all that is in the Lord’s heart concerning Ireland and our future times on that Island according to His heart and desires.
Please pray also for our dear friends in Ireland who run the retreat and conference centers that are such a big part of our hearts and ministry in Ireland.   We have been in relationship with these folks for over a decade, relationships that the Lord Himself divinely led us into.  During this time of the coronavirus crisis, they are faced with many financial, logistical, and ministerial challenges.  Please pray for their covering, provision, and guidance as they continue to walk with the Lord through the many difficulties involved during this crisis.

Somehow, even with the lack of Ireland outreaches, my schedule in the Lord’s service seems to be full and overflowing!  Many classes continue to be skyped, filmed, produced, and uploaded from my house that no longer looks like a house but a studio full of technical equipment!  And if you look even deeper into my house you will find tear-soaked Bibles from the real work of the ministry that is happening… which is in me.  I simply cannot leave this season unchanged.  I desperately need more of Jesus and less of me… desperately.  My heart cries out, and my soul too.  Come Lord come!

Due to my physical condition and the virus abounding in Texas at this time, I am still in strict quarantine.  My doctors consider me a high risk for contracting the virus, and therefore it is recommended that I continue to shelter in place with much caution.  Yet in all of this, I trust the Lord and the things that He is doing in eternal ways through all of it.  Yes, Lord.  Have Thine own way!

Please know that my love, prayers, and thoughts are with each one of you.  Please let me know how I can be in prayer for you, your families, and things that you would like someone to stand with you over in prayer over.  It is so in my heart to be there for you and with you.  May our hearts be closer together than ever in His love, despite the distance physically.  His Life prevails!
Yours in Him and His Heart of Love,
Kelly

A song from His heart...
Click the file under the picture to listen. 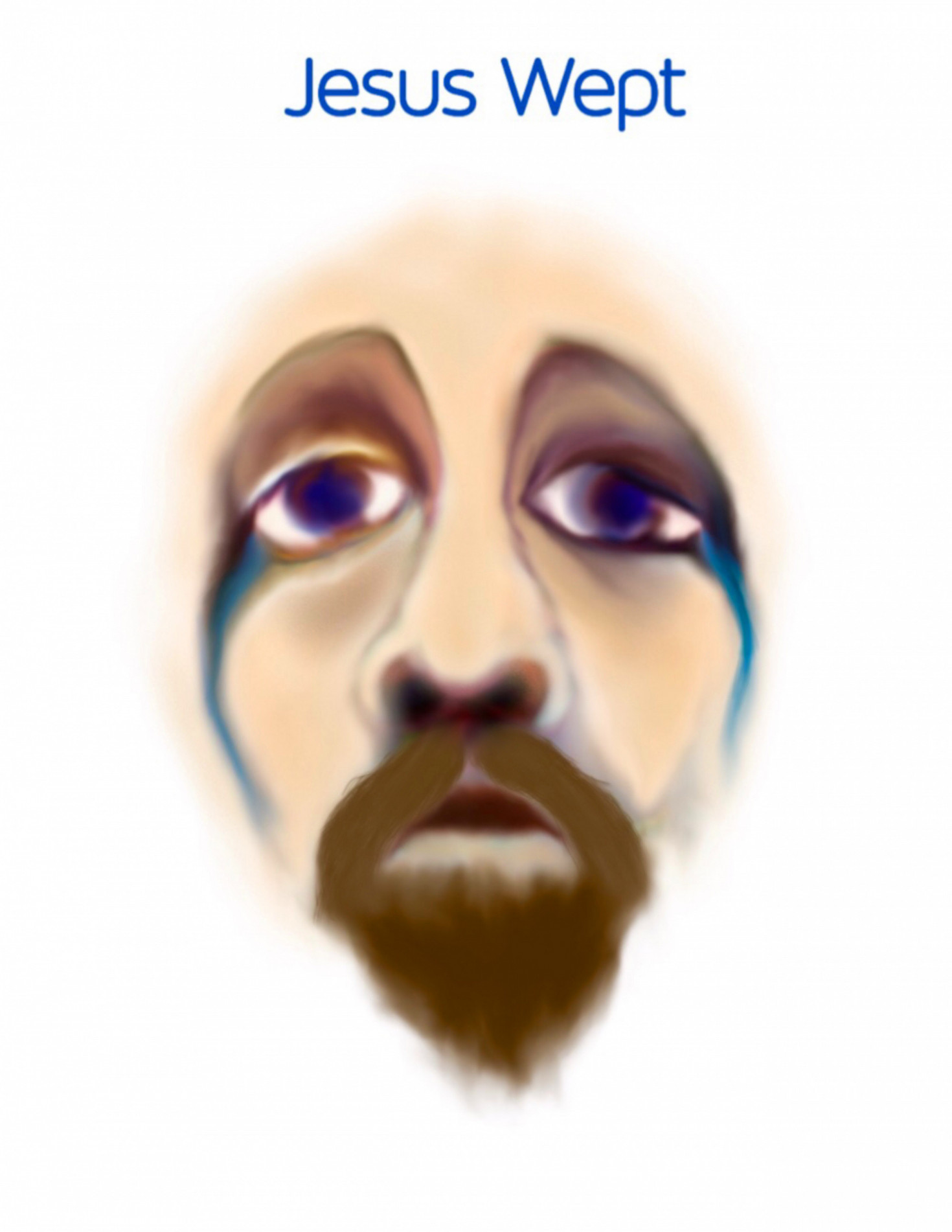 Jesus Wept
I would like to thank Emee O’Reilly for singing this song with me over the heart of Jesus.  We pray it will minister to your heart and His.

This Month's Article:
Hearts Pierced and Prepared For Him
“‘Therefore let all the house of Israel know assuredly, that God hath made the same Jesus, whom ye have crucified, both Lord and Christ.’  Now when they heard this, they were pricked in their heart, and said unto Peter and to the rest of the apostles, ‘Men and brethren, what shall we do?’” (Acts 2:36-37)

Part of the “feel” of the First Church, which was birthed after Peter’s speech in Acts Chapter Two, was the fear of the Lord by which they were “pricked in their hearts.”  These people saw what they had done to Jesus – God’s Christ and the Lord.  They each felt the depth of that personally, like Peter did.  Peter’s words in Acts chapter two pierced them through like Jesus’ eyes pierced Peter through (Luke 22:60-62).

The residual shock of it was upon the land of all the disciples’ hearts, each who, in an intimately personal way, had fled and left Jesus alone in His suffering and crucifixion.  Who had beheld Judas’ betrayal and consequent suicide.  Who had known of the vicious death cast upon Him by all the people.  People they knew.  People everywhere who had all witnessed and been involved in the event of Jesus’ shameful death.  The volume of the book testified of the One, and of how He would be treated, but it was never personal until this moment.  It was a Psalm of David, or a deep prophecy, or laws to be studied – until they realized they missed it all, and had crucified the Lord’s Christ.  It had unfolded around them, and they were party to it, and never saw.

The sky must have been heavy with this feel when the disciples sat together in the upper room, in fear and trembling.  Their hearts soaked in it for days and days.  The evidence was overwhelming.  The effect of this season of “owning” what had just happened to God’s beloved Son at their hands was having a great impact on their hearts.  Yet their hearts were being prepared for something more than just a salvation “experience.”  Their hearts were soon to be confronted with the Jesus they had failed coming as God’s Lord and Christ, and wonder of all wonders… desiring to dwell within them.

The result of being dealt with by God in ways painful yet needful prepared these men and woman to become the very body of the One they had so utterly failed.  God allowed them to own their actions towards His Son, to seethe in the reality of it for a season long enough to make them ready for Him in ways that were needful and glorious.  The evidence was too fresh and irrefutable for anyone to justify their guilt in regards to how God’s Son was treated.  There was no retreat into self-vindication or rationalization.  It was time to humble oneself, to break before the Lord, to “look upon Him whom they have pierced, and mourn for Him, as one mourneth for his only son, and be in bitterness for Him, as one that is in bitterness for his firstborn” (Zechariah 12:10).

How amazing to see the prophesy in Zechariah 12:10 being fulfilled in Acts chapter two!  These scriptures in Zechariah go on to say that, “In that day there shall be a GREAT MOURNING in Jerusalem.”  This time of mourning is not a time of crying over personal sins and failures, all of which are self-focused.  Rather, this is a time of focusing on HIM, the One Whom we have pierced, and letting that “prick our hearts” in such depth that HE will be ministered to and received in ways needful for HIM.

When the Spirit came at Pentecost and set these hearts on fire, they were ready for new life… the Slain Lamb’s LIFE!  And after God had filled Peter with the Spirit at Pentecost, Peter’s speech was energized by the power of the Crucified in the ears of all who heard.  Glory!  Oh, what a receiving of HIM, the Lamb that was slain, happened in the hearts of all those who heard and received.

If we look at the first church, and what they went through in preparation to receive Christ as their Life, we may be a little more willing to yield to the conviction and dealings of God as He prepares us as the dwelling place of His Son.  It is our HEARTS, and not our heads, that God is trying to reach.  Our hearts will never be reached deep enough when it is our sins that are the focus.  Our mourning and tears will only be poured over ourselves and our lack.  But when we see what we did and do to Jesus, and behold “Him whom we have pierced” … something happens in our hearts that brings a great mourning and opens us in ways like never before to receive that Lamb as our very Life.

So be it Lord!  Deal with us according to thine own Heart.

The final class in
The Cross in the Song of Song:
A Greater Love Than Our Own
Class #22

The first class of this semester's new course:
Learning the Spirit Realm and Sense Realm while Dealing With Beasts
Class #1

Below is a transcription of the final Cross in the Song of Songs class, A Greater Love Than Our Own.  May it bless you as you soak in the Word of His heart to us!  To download, click the small "download" icon to the bottom left of the file.